Alphahole:  Noun.  Designation for a romance novel hero who can be, and frequently is, a jerk.  He’s borderline verbally abusive, and frequently trips over that line.  He uses angst, his past, his job, misunderstanding, possessiveness and protection as justifications for acting like a dick.  He’s the “up-against-a-wall-sex” guy.  Reference a good half of Romancelandia heroes.

Cinnamon Role:  Noun.  Designation for a romance novel hero who is too sweet, kind, protective, possessive, and perfect for this world.  He can veer awfully close to doormat territory.  His saving grace is that he is a god in the bedroom, bathroom, garage, or on the back of a Harley.  He is frequently a single father, is rarely the leader of whatever company/motorcycle club/fraternity/vampire clan is featured in the book, and is almost never the book boyfriend of choice.

These two archetypes of modern romantic fiction are interesting for many reasons, but what intrigues me the most is the continued popularity and market for the first, and the relative sprinkling of demand for the last.

Why do we lust for the alphahole, when in real life, most of us would kick him to the curb way before he has his epiphany and gets his head out of his firm, luscious backside?  Why do we dream and search for years for the cinnamon role, only to skim right on past him when we are reading our true love stories?

I get why men will never understand women.  I don’t and I am one.

I have made myself a pledge as a romance writer to never write a true alphahole.

I propose a third prototype for consideration.  The Onion.

I want to write and read heroes with layers.  Pain or history or grumpiness that just needs to be peeled back.  A man who is complicated, interesting, passionate.  He can be cracked, the fissures running deep, but not fully broken.  He may not always be correct or have his crap together, but he is decent.  Chivalrous.  Honorable.

An onion.  With a great ass and a wall sex trick or two up his tight, muscle-hugging sleaves.

You know, the perfect hero. 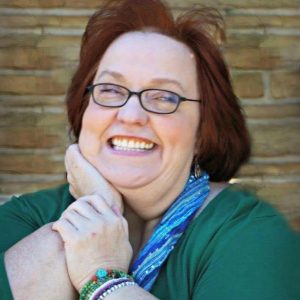